Blue Smoke May Be A Sign That Engine Replacement Is Needed

If you see blue smoke from your tailpipe when you first start your engine or blue smoke when you accelerate after you have been coasting, engine replacement may be necessary. The smoke, along with increased oil consumption is telling you that major wear is occurring inside your engine, and a larger failure may be due soon.

When oil leaks and enters the combustion chambers due to worn cylinder bores, piston rings or valve guides, the oil is burned along with your fuel, resulting in blue smoke. When your valve guides or cylinder bore becomes worn out in a modern engine, other engine components are typically worn out and need to be replaced too.

Sometimes performing a valve job may help the oil consumption and smoking issue for a while but a new engine will keep your truck running at top condition longer at a lower overall cost.

Unusual Noises Could Be Indication Of Trouble

If you notice any unusual noises (knocking, banging or even a deep metallic thud) coming from the engine block, your engine needs to be replaced, and soon.

These noises will increase with crankshaft speed, not road speed. Most engines have a crankshaft that has plain journal main and rod bearings. If you hear knocking or other serious noises in your engine, it is a sign that the bearings are becoming worn out and at risk of failure.

The noise is caused when the clearance between the bearing and the crank journal is too large or the wrist pin has begun to fail. Rumbling noises in the engine block are typically caused by too much clearance between the main bearings. Operating a vehicle experiencing these conditions can result in low oil pressure readings and the oil pressure warning light may turn on when the motor is running above an idle.

When bearings become so worn that oil pressure decreases dramatically, then the bearing will fail, causing catastrophic failures such as a thrown rod or a seized bearing. Replacing the engine before a catastrophic failure is usually a great idea – and can save you money in the long run.

Leaking coolant from any area of your engine other than hose connections or freeze plugs indicate that your block has become cracked. Whether your block is aluminum or cast iron, an engine replacement is necessary when coolant is leaking. Remanufactured engines are typically cheaper than getting a cracked block welded.

If you suspect you may be having big engine problems, come on into Ledom’s Repair where our technicians can take an in-depth look at your engine and give you an accurate assessment of the problem. 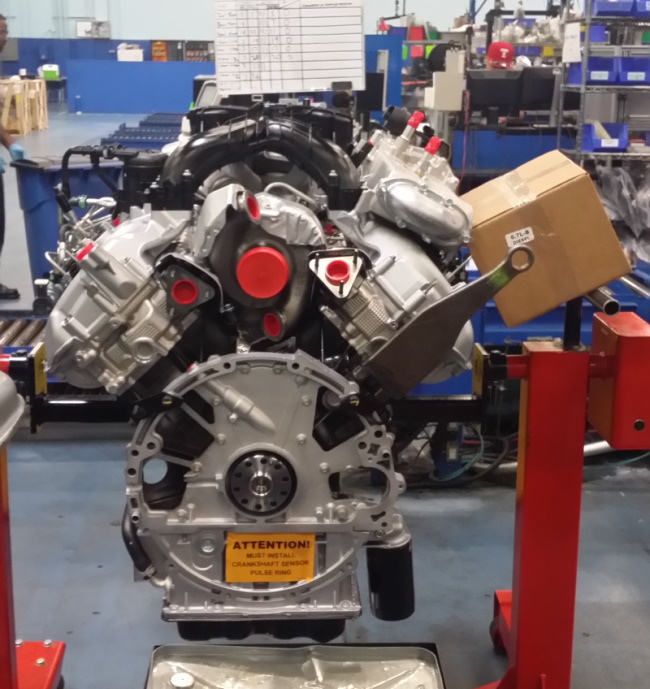